Sailing Around Australia; Financing our Adventure.

During our sailing adventure we have met a number of others doing the Around Australia  “circuit”. We find that there are as many ways to finance these adventures as there are people doing it.

Many have sold their house, car and other investments, others have rented out properties and some have “cashed in” or are living on their superannuation.

We have a business that is run by our business partner.  We share a percentage of the profit, pro rata. We also have our home rented out to a bank manager, that is providing the rest of our income budget. As long as we stick strictly to our budget we can live and sail quite comfortably.

A trip to Europe in May and three months in Cairns with our kids, meant that we had quite a “budget deficit” as the politicians and economists would say. Then the business had a downturn and an unexpected tax bill, so our income went quickly from hero to zero.

The answer was, back to work. Resumes were done, internet searches and local newspapers scoured for possible income solutions.

Fruit picking and other similar “travellers” jobs were quickly crossed off the list as being too exhaustive in the tropical heat and not enough return for the effort.

At several stages in my life I had done truck driving and have a road train license. From that experience I know that most trucks on the road are air conditioned, have air ride seats and loading unloading is done by machine. Seemed like a good option.

Leanne has a lot of sales and customer service experience. Most of that sort of work is in air-conditioned offices and isn’t too labour intensive, so that also seemed like a good option.

Where, was the next question. We were in Cairns staying at our daughter’s house. Easy Tiger, our boat was in Adelaide and our best job prospects and accommodation prospects were in Western Australia. The reason we were in Cairns was to spend quality time with our kids.  Our son Luke would be here until mid October. The best alternative was therefore to apply for jobs in Cairns. Seemed that with our skills and experience it wouldn’t be too hard to find work here.

Wrong. The applications started flowing out and for quite a while nothing came back.  After a month of failed attempts we were starting to get a bit concerned. It seemed like good jobs were being advertised anywhere other than Cairns.

As it was looking like work in Cairns wouln’t be available, we sent off applications to Adelaide and also WA. More weeks went by and again we had no response to the many applications sent.

Just as we were getting really concerned, I noticed some trucks on the roads in Cairns with Qube logistics branding. I sent them my resume and a few weeks later they rang to say I could start work with them, in Mossman. An hour and ten minutes drive from Cairns.

A fact finding mission was initiated. We jumped into the hire a bubble we had been using in Cairns and set out for Mossman. We drove for an hour and a half of winding, twisting road, infested with slow moving campervans and small hire cars, to Mossman. How would I handle doing that drive twice a day after a 12 hour shift?

Accommodation enquiries were made all over town. The motels were way too expensive, the caravan park was also expensive and booked out. There were rentals available in Port Douglas, which is nearby, but they would only let on a six month lease, not an option for us as we would only have four months work.

That left the Exchange Hotel in Mossman. They had rooms available at $160 per week (no cooking or fridge, shared bathroom) and they “might be” starting to do breakfasts next week but they weren’t sure. Leanne and I stepped outside to discuss this (our only) option when a sugar cane train came along the street and right outside the hotel blew it’s horn.Apparently that happens a lot.  That was the decider.

Driving in and out from Cairns each day would be the only way to do this job. That would allow Leanne to find work in Cairns and we could share the rent and bills with Bree (our daughter). If I found the driving to and from too much we would have to look for something else.

At least we had something. We had enough income to support our selves and hopefully could save a bit towards carrying on our sailing adventure.

One positive leads to another. After accepting the Qube job and deciding to do the drive, we had another offer of a job in Adelaide, then another job offer in WA. Then Leanne was asked to come in for a job interview with Coles, then, she was offered a job in South Australia.

After a month of driving a truck hauling sugar cane from the Atherton Tablelands to Mossman mill, I have found the drive from Cairns to Mossman is getting easier and the bank account is slowly creeping back into positive territory.

Yes, it’s a bummer that our sailing adventure is on hold. But six months of trading hours for dollars will only add to the adventure of our sailing. 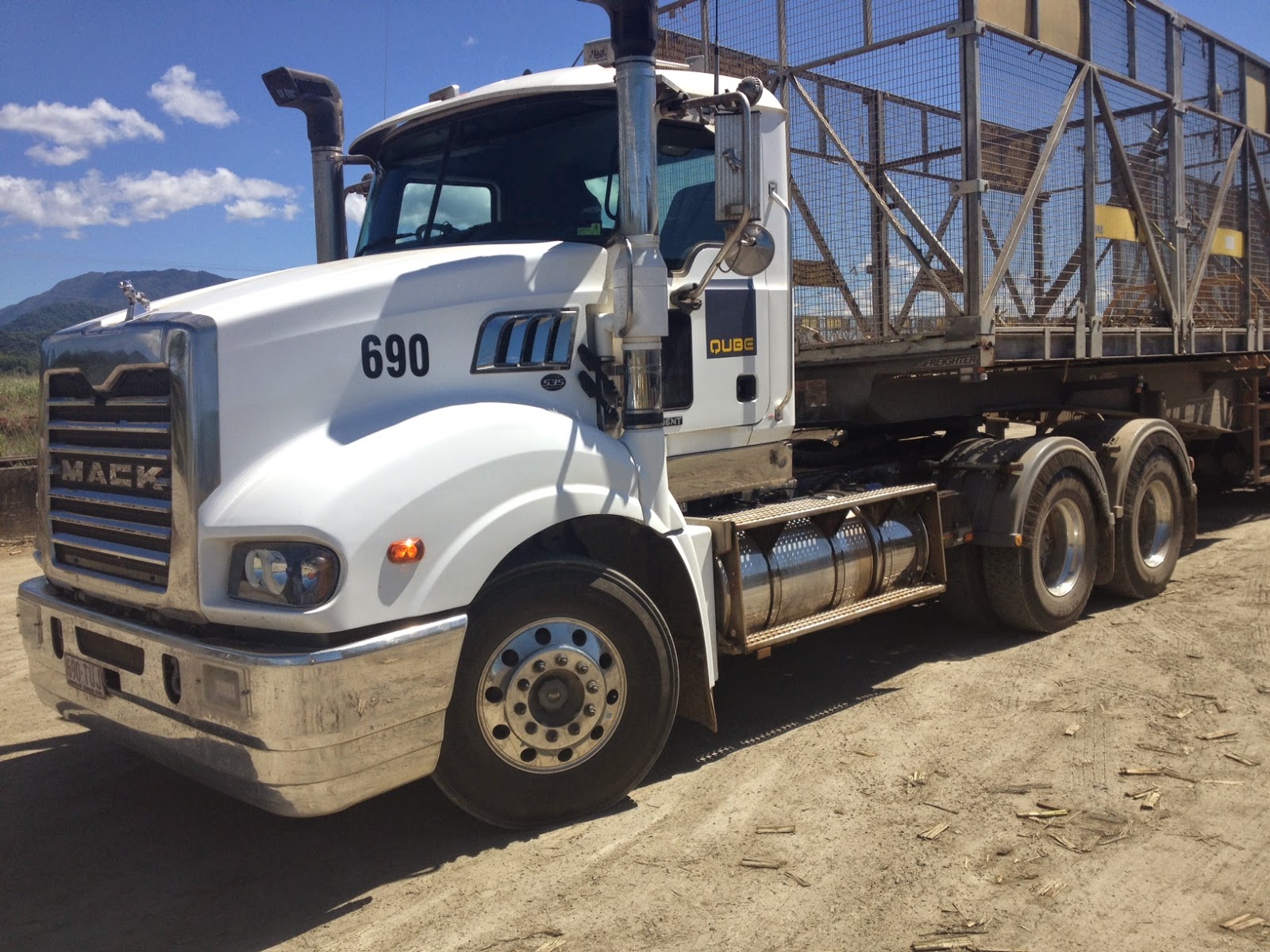 During our break in Cairns from our sailing around Australia adventures in Cairns, we had the opportunity to go out around the harbour on a super yacht’s super tender.

Our son, Luke works on the super luxury white boat.  It’s 50 metres long on has a full time crew of 12 people, including a chef, 3 stewardesses and our son is the full time on board scuba diving instructor.

The opulence of the boat is matched by it’s super 35ft Jupiter tender.   We were really fortunate that Luke’s boss had said it was okay to take us out in the tender.

Our sailing around Australia adventures will bring us to Cairns probably around this time next year. So we are “casing” out possible mooring and accommodation for Easy Tiger. So the opportunity to have a look from a boat was, well, super.

In the Cairns area there are three marinas, pylon type moorings, standard moorings and a river for anchoring.

The Cairns city marina has a super location, right on the boardwalk at the end of the town esplanade.  A vast array of restaurants, cafés, bars and entertainment spots is right at the end of the jetty. Also a short walk to the end of the marina is where the commercial ferries operate. These offer an assortment of day trips to the Great Barrier Reef. Unfortunately, proximity to this playground is super expensive, so we crossed it off our list of possibilities.

While we were in the super yachts super tender, we cruised over to the pylon moorings which seem to be both a cheap and popular method of mooring a boat in Cairns. Unfortunately on closer inspection, we found the pylon moorings to be quite run down and not offering a lot of stability. Most boats tied in between the pylons had two ropes crossed over front and back, and if there was any swell or wake from  passing boats there was a lot of jerking on and jostling.

As the super yachts tender effortlessly cruised us around at 25 to 30 knots we went and had a good look up the small creeks and waterways that run off the Baron river near the Cairns harbour.

On arrival back at the marina, we were informed by Luke that as we had used the super tender, we had to put it back as we found it and make sure it was ready for it’s next use. Little did we realize that this meant chamois and mop and polishing rags divided out and the next hour and a half spent cleaning the boat that we had just used for an hour.

“There you go”, said Luke, "now you know what it is like to be super yacht crew". “I didn’t really want that experience”, I said, “ I want to experience life as the owner!”

That afternoon, we visited Half moon bay Marina at Yorkey’s Knob, which seemed a good possibility although a little exposed to the weather. Then to Bluewater marina, where fellow Fusion 40 owners, Fud and Faye Mackenzie have their own pen.

After discussions with Rod at Bluewater, we did put some thought into purchasing a pen that they had for sale. Unfortunately for us the numbers didn’t stack up and we are not sure that we want to be tied to one spot (excuse the pun).

It seems the best option for us for an extended stay in Cairns would be to put a mooring down. This can be done for around $2000 which is not even half the cost of being in a marina for six months.